SP said attack: Pawan Pandey told Jitin Prasad the power glutton, said – if you really want the interest of Brahmins, then get Khushi Dubey out of jail immediately

Mobile will say, the secret of murder will be…

Vijayakanth Admitted To Hospital Due To Breathing… 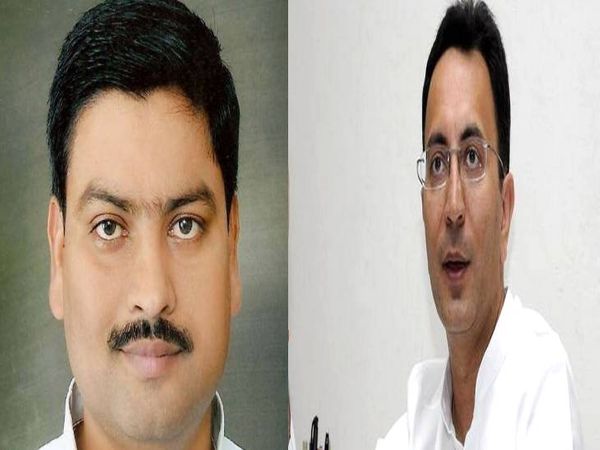 SP spokesperson Pawan Pandey said that doing the interest of Brahmins is different and pretending to be different.

Former state minister and SP spokesperson Tejnarayan Pandey alias Pawan has attacked BJP leader Jitin Prasad. Describing Jitin as a power glutton, he said that if he really wants the interest of Brahmins, then he should get Khushi Dubey out of jail immediately. Encounters are of Brahmins, such victims families and Brahmins who have been imprisoned in fake cases should get them released immediately but they will not do all this because they are not benevolent of Brahmins but power glutton. also became one in the greed of power.

The SP spokesperson said that doing the benefit of Brahmins is different and pretending to be different. When the upcoming assembly elections are on the head, the BJP is desperate to woo Brahmins. While the truth is, the entire tenure in this government was to the detriment of Brahmins. But in the face of various atrocities, SP spokesperson Pawan Pandey said that in view of the assembly elections, BJP and Jitin Prasada have united in the greed of power, despite their opposing ideology. The whole country is knowing this.

He said that the people of Uttar Pradesh are very aware. They are understanding the complicity of Jitin Prasad and BJP. And they are not going to fall under their bluff. In any case, the Samajwadi Party will win the 2022 assembly elections with a majority and will form the government in the state. BJP is troubled by this and Jitin Prasad is its pawn.

There is more news…

Samantha Akkineni Set To Feature In A Trilingual Web Show With Netflix?

Mobile will say, the secret of murder will be revealed: the dead body thrown in the…

Vijayakanth Admitted To Hospital Due To Breathing Problems